The consolidation of the Renzi government and reforms’ bloc, in the context of the EU presidency semester, marks a second phase of austerity politics, within which feeble concessions to middle classes in order to stabilize balances between different social blocs coexist with the deepening of the attack against income and the deterioration of overall living conditions. The model of this social reproduction in the crisis is by now explicitly characterized by the practice of a function of plunder of the territories and their resources, the disciplining of poverty through labour, the fragmentation and weakening of broad social categories. The processes of marginalisation generated by the capitalist action make existing differences deeper, while operating new social cuts: a generational segment, amongst others, is subjected to an unprecedented exclusion, both on the social level and the productive one, where individual capacities and are valorized and individual needs are satisfied. The institutional response to this is embodied by the Expo2015 model: huge profits for those who are speculating, and free or underpaid, rigorously short-term labour for the rest of us.

But, if the violent proletarization of youngsters aims at weakening their reclaiming potential, it is exactly on this level, which envisages an antagonist inclusion rather than a productive one, that the possibility of « recomposing-against » a fragmented and scattered social background opens up for us. Our conterpart’s political recomposition, indeed, is not lacking ambivalences inasmuch as, with the bloc of consensus sorrounding Renzi, every space of representation within the institutional arena is closed for those subjects who are currently paying for the crisis. Thus we want to aggregate and catalyze this social antagonism, that is spontaneous, widespread, yet struggles to attain a collective dimension.

This is the reason why, this fall, we want to experiment forms of social strike capable of exceeding both classical and sectorial forms of abstention from labour, and the exclusive activation of already existing processes, thus taking the challenge of blocking the city and its fluxes, of attacking the counterpart in its places of accumulation and extraction of value. We want to start again from the wealth of the struggles that have crossed our territories, yet aware that we cannot be content with them. During this year, many experiences of reappropriation and struggle for housing rights have been able to articulate the issue of income starting from concrete social needs, proposing a social front opposing the crisis, and creating the conditions for a new availability to the struggle – because the processes of pauperization are also an attack to our collective power balances. Now, we think that it is important to bet on the dialogue with unprecedented and atypical segments of the social composition; which are extraneous to our backgrounds, but whose effervescence exceeds and overcomes the stereotype of the constituency for right-wings and populisms. Thus the opposition to taxes, that has already proved to be a ground for social contrapposition in either ambiguous and/or individual forms, may become a political issue to experiment, in the light of the functon of direct deprivation of income in order to feed the system of great works and the concentration of richness that taxation is emboding by now, yet lacking any redistributive purpose. In the same way the Italian EU presidency semester and its kermesses’ agenda can represent for us a prospect of possibilities for a widespread social conflict against EU and Trojka’s policies about labour, income, migration management, education, taxation, finance and great works.

Therefore, we invite all struggling organizations, territorial movements, grassroots and antagonist trade unions to experiment paths of activation on their own territories that can lead us to accumulate processes towards the building of two days of collective mobilization that will happen during next fall: a metropolitan social strike on October 16, to be embedded in the European week of mobilization for housing rights « Stop evictions-take the city »; and another, again of European range, on November 14 in proximity to the international day of students’ struggles. Moreover, in the light of the protest against Expo in May 2015, we invite all struggling organizations to take part to the national assemblies for debating, reflecting and presenting political proposals that will be called in Milan, in order to imagine together an European opposition to the crisis’ policies.

Lastly, with our glaze pointed at the autumn which awaits us and at the territorial struggles ranging from Susa Valley to NoMuos in Sicily, we can’t help thinking about Paolo, Luca, Graziano, Francesco, Lucio and all our comrades that are currently jailed or under home arrest for the generosity with which they took part to our common struggles. We want them back at our side as soon as possible. In the same way, while the Israeli invasion against the Gaza strip is starting, we stay besides all the Palestinian men and women, victims of an umpteenth attack against struggling people. And with our glaze to the Mediterranean graveyard where the tragedy of many rejected lives takes place, we can’t help but considering wars, invasions and bordering policies as manycapitalist dispositifs against which we ought to project the prospect of our struggles. 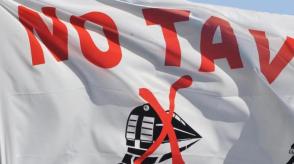